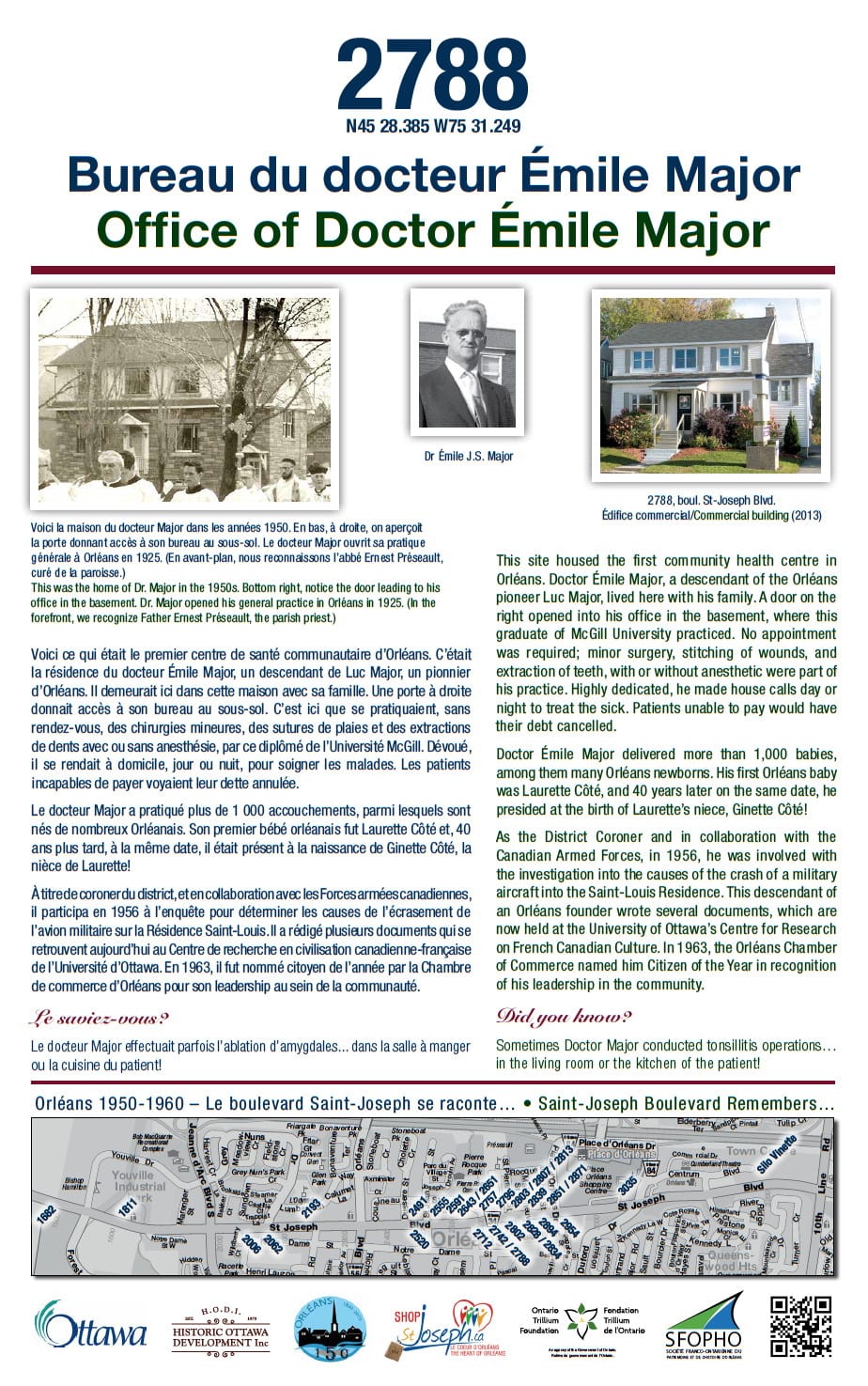 Each issue of the BEAT magazine features a piece of history of St-Joseph Boulevard. Thank you to our partner, the Société franco-ontarienne du patrimoine et de l’histoire d’Orléans (SFOPHO).

Dr Émile Major’s home was the first community health centre in Orleans. A descendant of Luc Major, one of Orleans founders, Dr Major was a graduate of McGill University.

No appointments were required; minor surgery, stitches, and teeth extractions – with and without anesthetic – were part of his practice. Highly dedicated, he would make house calls day or night. He sometimes conducted tonsillitis operations, in the living room or kitchen of the patient. Patients who were unable to pay would have their debts cancelled.

In 1956, as District Coroner and in collaboration with the Canadian Armed Forces, he was involved with the investigation into the causes of the crash of military craft into the Saint-Louis Residence in Orleans. Dr Major wrote several documents which are now held at the University of Ottawa’s Centre for Research on French Canadian Culture.