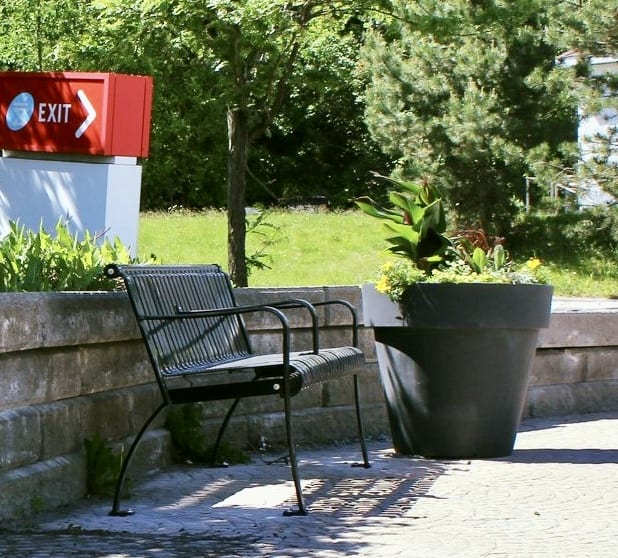 The BIA and the City of Ottawa have been working together place all new metal benches in the BIA district in 2020. We even have a very special one located at the traffic circle in memory of Peter Stewart. Stay tuned for the unveiling of this one!

Peter was a very kind and passionate man who was a pillar in the Orléans Community. He started his career in commercial real estate but then quickly opened his own Mail Boxes Etc. franchise at St-Joseph and Jeanne D’Arc in 1993.

He later became the Executive Director of the Orléans Chamber in 2006 and simultaneously served as the chair of the Heart of Orléans BIA. Peter was actually one of the driving forces behind the $2.5-million roundabout at St-Joseph and Jeanne D’Arc. I guess he had first hand experience with that intersection getting to work every day!

In May of 2016, Peter decided to help other business owners by offering business coaching with Rhapsody Strategies sharing his knowledge, expertise and experiences with all of his clients.

Sadly, Peter lost his battle with cancer on March 27, 2018 but he forever remains in the hearts of all those whose paths he’s crossed.