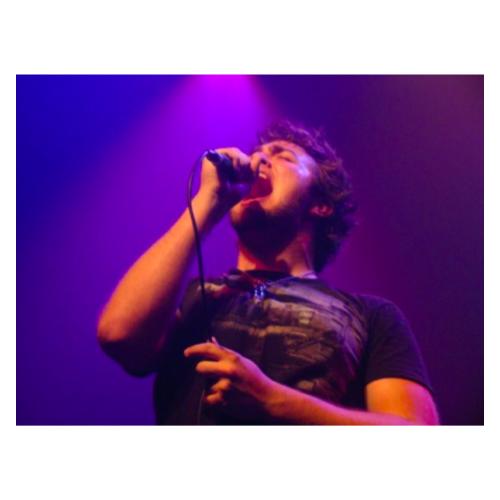 Music is in TJ Morrison’s blood. He comes by his musical talents honestly, with a guitarist father and a vocal coach aunt who’s worked on a number of television programs, including Canadian Idol. A regular on the Ottawa live music circuit over the past few years, the sweet-voiced singer and guitarist is currently working on his debut solo album, due later this year.

As a teen, his tastes ran on the heavy side, and he even recorded an album with an act called Anathema’s Blessing before the band succumbed, as so many have, to the meddling of time, distance, and the lure of a regular paycheque. After a few years off the circuit, however, Morrison was starting to really miss gigging. He was hooked and he began working on his own original blues and rock-influenced songs.

Morrison may be most familiar to Orléans music fans for playing with Ryan MacIntyre as part of The MacLovins, including a featured set at this past year’s Orléans Craft Beer Festival. Morrison also plays regularly at Fat Tuesdays with Pembroke’s Liam O’Connor, and Wednesdays at Deacon Brodies.

So, next time you’re at a local bar and you notice the house music fading out in favour of live instruments, prick up your ears. While some of the musicians are just up there to have fun bashing out a few choice covers, you can bet at least one of them is taking every gig they can to build experience and expand their repertoire. No doubt TJ’s hard work will soon pay off.

While you await the release of his album, check out his gentle a cappella cover of Leonard Cohen’s classic “Hallelujah”.