The street formerly known as Ottawa 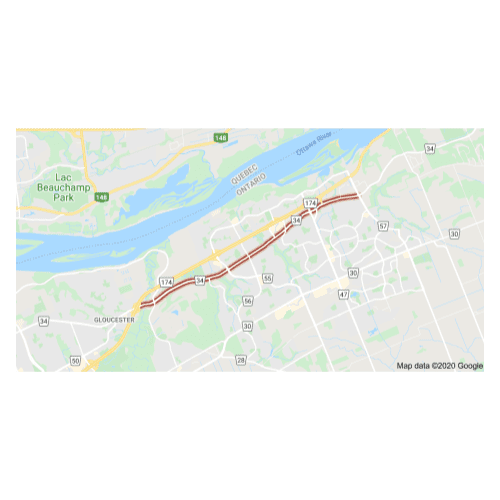 Each issue features a piece of history of St-Joseph Boulevard. Thank you to our partner, the Société franco-ontarienne du patrimoine et de l’histoire d’Orléans (SFOPHO).
Did you know St-Joseph Boulevard was once called Ottawa Street? Are you curious to know how the first two subdivision plans of Orléans came to be? We thought so! The first European pioneers arrived in the region in the 1830s and it was in 1856 when Monseigneur Guigues, the Bishop of the Diocese of Bytown, asked Luc Major to prepared
a plan subdividing the land along the Ottawa River into Lots 1 and 2. This plan was registered in 1858 and became the Village of St-Joseph’s (Orléans’) first official plan. A year later, Francois Dupuis, who had owned Lot 3 since 1846, also decided to subdivide part of his property on Ottawa Street – which is now St-Joseph Boulevard. On June
8, 1859, this plan was officially registered and included streets called St. John (now St-Jean), Dupuis (now Dussere) and Scott (now St-Charles) which was named after his wife, Marie-Therese (Mary) Scott.
St-Joseph Boulevard, formerly Ottawa Street, is still going strong today with a mix of both
historic and new landmarks. Be sure to take a stroll down the boulevard soon to check out the various historical
capsules and plaques celebrating the heritage of Orléans.