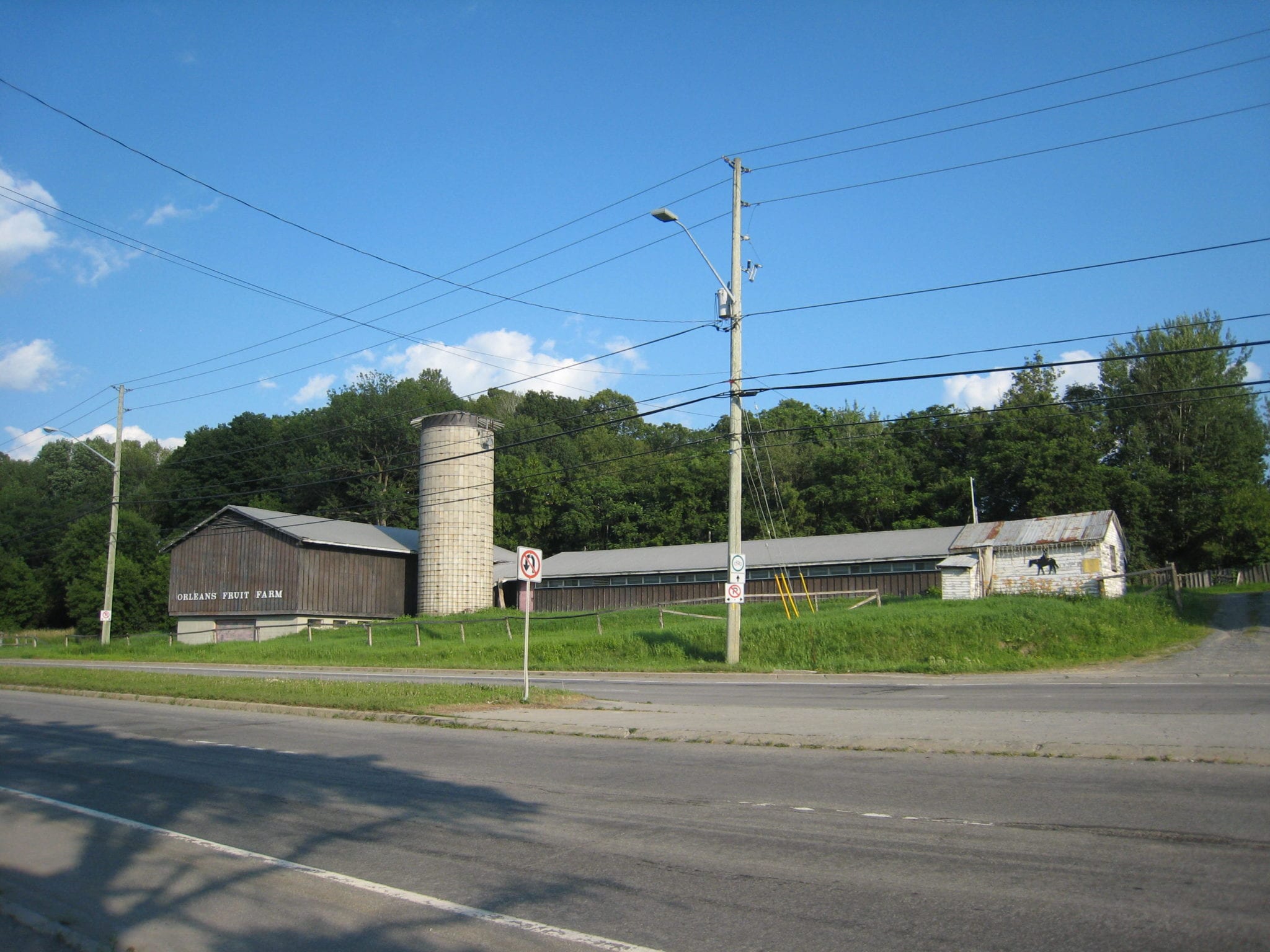 With the creation of the Greenbelt by the National Capital Commission (NCC) in 1958, much of the land west of Orléans was acquired in the plan to preserve green spaces around the City of Ottawa. Thus, in 1964, the McNeely farm was acquired by the NCC; Leo and Arthur continued to operate the farm until 1984 as lease holders.

The McNeelys were a well-known family in the early days of Orléans.

In 1918, Thomas Arthur McNeely purchased Lot 8, Concession 1, Ottawa Front in Gloucester Township. He, along with his wife Margaret Sheehan McNeely and their six children, settled onto their new acreage which they called Golden Valley Farm.

Their oldest daughter, Veronica, who was six at the time, recalled their moving day with great clarity as she said their possessions were loaded on a horse-drawn wagon.

The devoutly Irish-Catholic McNeelys went on to have five more children. They were all baptized in the Saint-Joseph d’Orléans Church.

In 1935, Veronica entered the holy orders with the Grey Sisters of the Immaculate Conception in Pembroke.

Although Thomas started out as a farmer, he soon became a hair merchant which meant he bought horse hair from the abattoirs and sold it to the furniture trade for stuffing furniture. Margaret and the children took care of the farm work while he was away.

About 20 years later, the family was raising purebred Percheron and Belgian horses. With a herd of about 100 horses, the farm became a supplier of pregnant mare urine – used in estrogen therapies – to a drug company in Montréal.

Also, with their herd of 30 cows, they supplied milk that was sold throughout Ottawa.

In 1946, two of the McNeely boys, Leo and Arthur, founded the Golden Valley Riding Academy which operated for 38 years until 1984. You can still see vestiges of it on St-Joseph Boulevard.