Home > Events > Statement by the Prime Minister on Veterans’ Week

Statement by the Prime Minister on Veterans’ Week 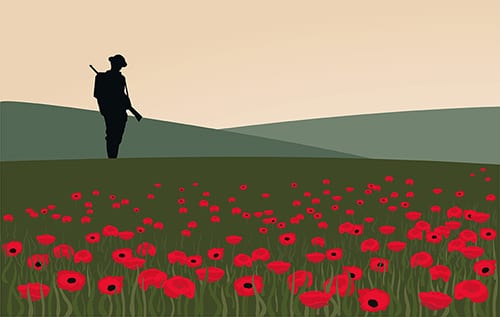 The Prime Minister, Justin Trudeau, today issued the following statement on Veterans’ Week, which runs from November 5 to 11, 2020, here are some excerpts:

“Today, as we mark the beginning of Veterans’ Week, we honour those who have served, and continue to serve, for our country. We thank the hundreds of thousands of Canadian veterans who have fought and risked everything to secure a better future for Canada and the world.

“This year, we marked the 75th anniversary of the end of the Second World War. Over six years, more than one million brave Canadians and Newfoundlanders served in uniform around the world – from Normandy, to Amsterdam, to Sicily, to Hong Kong. More than 45,000 gave their lives, and another 55,000 were wounded, to protect our Allies and defend the values and freedoms we cherish.

“In the decades that followed, Canadians continued to answer the call and prove their strength and resilience. They defended against enemy forces in Kapyong, protected civilians in Sarajevo, braved insurgent attacks in Kandahar, supported our Allies in Riga, and participated in peacekeeping missions in Port-au-Prince and Kigali.