Hungry? We’ve got you covered! 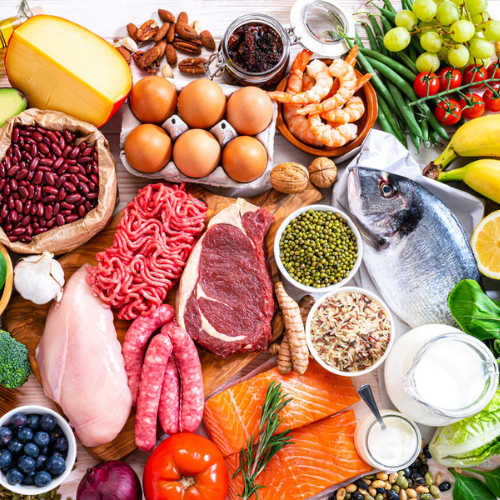 One of the things we can do to help our restaurants stay afloat is to order takeout and/or delivery. Looking to try something new or maybe just want to have all your options in one spot? We have created a list of the restaurants in the Heart of Orléans BIA so you can totally blame us the next time you don’t feel like cooking! Thanks for supporting our small businesses during the pandemic.

Al Basha Foods: Groceries, Meats & Take Out Foods
Al Basha Foods is a family owned business and can be found at 2434 St Joseph Boulevard and offer fresh fruit and veggies and take out your favorite middle eastern food! You can reach them by calling (613) 824-8448.

Bien Pho Vietnamese and Thai Cuisine
Bien Pho specializes in authentic Thai dishes and Vietnamese Pho soups. Serving the Orleans community for over 15 years they invite you to try their well loved dishes. Bien Pho is located at 5929 Jeanne D’Arc Blvd South and you can reach them at (613) 830-8002

Bon Goût Créole Restaurant
Bon Goût Créole can be found at 2564 St Joseph Boulevard and is the perfect spot to pick up the finest Haitian cuisine! Give them a call at (613) 837-2005

Centrale Bergham
The menu at Centrale Bergham is rich, varied and fresh and prepared on site. They offer fast casual style instead of a fast food. You can check them out at 2208 St Joseph Blvd unit 107 or by calling (613) 424-2220.

Clock Tower Brew Pub
The Clock Tower Brew Pub is an associate member of the BIA and Ottawa’s longest established full service craft brewery. Since 1996, they have been making great craft beer in house and fresh original food served in a comfortable and upbeat atmosphere. You will find them at 2010 Trim Road in Orléans or by calling (613) 424-7733

Chili Thai Take-Out
Thitima (affectionately known as Tima) has several years of catering experience and has worked in numerous Thai restaurants throughout the city! Tima dreamed of owning her own restaurant one day. Little did we know the seed would be planted for Tima after she found the perfect location for Chili Thai at 3018 St. Joseph Boulevard. You can also call them at (613) 424-7700.

Connor’s Irish Pub
Connor’s Irish Pub owner, Scott’s father came from Waterford, Ireland (1957) and my mother from Glasgow, Scotland (1959). Their traditional meals are their own recipes. Enjoy the experience of a true Gaelic Pub at 2401 St Joseph Boulevard. (613) 837-5050

Cora
Chez Cora began in 1987 when Cora Tsouflidou opened a snack bar in Montreal, Quebec, Canada. It is now a chain of more than 50 franchises in Quebec and 130 across Canada. You can find the Orléans restaurant serving breakfast and lunch at St- Joseph Boulevard and they can be reached by phone at (613) 590-1611

Cucina Da Vito
Cucina da Vito located at 2701 St. Joseph Boulevard in the Heart of Orléans serves what has become standard fare in Italian-Canadian restaurants since chef Vito Di Brizzi arrived. You will find their specials posted on their Facebook Page or by calling (613) 834-8486

Dairy Queen
Dairy Queen is the go to place for soft-serve ice cream & signature shakes! You will find their frosty treats at 2002 St Joseph Boulevard or can call them at (613) 834-1153.

Gabriel Pizza
In the mood for pizza? Gabriel Pizza has been around for over 40 years with their first restaurant being right in Orléans! They are located at 2158 St Joseph Boulevard and can be reached at (613) 656-7777

Gourmet Xpress
Gourmet Xpress can be found at 1900 St Joseph Boulevard and can be reached at (613) 590-0541. They offer both catering and takeout meals for the whole family.

Hidden Taste
Hidden Taste is a traditional Indian food kitchen launched by chef-owner Sumeet and his wife Fatima. This kitchen serves street food favourites, such as Samosas that are made every day using potatoes, peas, and Indian spices. See their menu for other favourite dishes that you love. You will find them at 2807 St Joseph Boulevard in Orléans or by calling 613) 841-3888.

Lexus Resto-Bar
Lexus Resto-Bar is a homey restaurant & sports lounge known for smoked-meat sandwiches, grilled steaks & breakfast. If you like salads, try their famous Greek Salad, it’s one of their specialties. You will find Lexus at 210 Centrum Boulevard and can reach them by phone by dialing (613) 830-7282.

Little Turkish Village
Little Turkish Village has been serving authentic Turkish food for more than 30 years and this lovely family are proud to take you on a gourmet journey to one of the top 10 cuisines in the world. Their menu offers an amazing variety of Turkish specialties from soups to meze, meat dishes to vegetarian dishes, pastries to desserts; all prepared with passion by their kitchen team.

Lokma Dessert Shop
Lokma offers you a lot more than its famous little bites of heaven! They also provide delicious ice cream, milkshakes and multitudes of drinks and specialty coffees! You can find them at 2208 St Joseph Blvd unit 107 or by calling 613-424-2210

LunchBox
Sandwiches and Salutations! The new kid in class is LunchBox – a fresh, gourmet take-out spot that aims to enhance your lunch experience. Their fresh salads with flavourful artisan dressings and hearty sandwiches will have your coworkers begging to trade lunches! Get the full lunch experience by packing a LunchBox at 2817 St Joseph Boulevard or calling (613) 424-6003

McDonald’s
McDonald’s is a classic, long-running fast-food chain known for its burgers, fries & shakes. Enjoy your favourites with ease using the their app. Order ahead, pay through your phone and pick-up at the Drive-Thru, with Curbside Service or Front Counter located at 2643 St Joseph Boulevard. You can also phone at (613) 837-2866

Mexicali Rosa’s
Mexicali Rosa’s is unlike any other “Mexican” concept out there today. Often copied, but never duplicated, they truly provide authentic “California Style Mexican Food” in their restaurants. You can visit them at 250 Centrum Blvd unit 112 in Orléans or call them (613) 824-1722.

Mumbai Masala Grill
Mumbai Masala Grill is known for their fine Indian cuisine located at 2181 St Joseph Boulevard. They are committed to bringing in the best Indian spices into extravagant recipes with fresh farm vegetables and meat. Their chef brings in a decade of blended cooking experience and is excited to be a part of Mumbai Masala Grill. They also take catering orders and online orders. You can order online at www.mumbaimasalagrill.com and pick up at the restaurant. Give them a call! (613) 590-1120

Pho Truc Lien
Vi-Phat (Pat) and Anh have been serving authentic Vietnamese cuisine at Pho Truc Lien since 2006. extensive menu covers classic Vietnamese dishes that are refreshing in the summer and comforting in the winter. There are options for vegetarian, vegan, gluten-free, peanut-free diets, and they are happy to accommodate other allergies and dietary needs. They also serve several classic Vietnamese drinks and desserts to round out your meal. You can find them at 3010 St Joseph Boulevard or by calling (613) 834-8088.

Pili Pili Charcoal Grilled Chicken
You will find the fine folks at Pili Pili at 2136 St Joseph Boulevard and can reach them by calling (613) 695-7454. Pili Pili uses 100% natural hardwood for that real grilled wood flavour.

Pizza Pizza
You will find Pizza Pizza located at 2369 St Joseph Boulevard. Discover why this is your kids’ favorite spot! They can be reached at (613) 737-1111.

Pizza Hut
Enjoy wings and pizza while watching the game from Pizza Hut Orleans located at 2297 St. Joseph Boulevard. You can phone in your order by calling (613) 837-7300.

Rangoli Indian Cuisine and Sweets
Rangoli celebrates the culture of India by creating delicious Indian cuisine. You can experience this kind family’s popular dishes by ordering online or visiting them at 2491 St Joseph Boulevard. You can also drop them a line at (613) 834-4549

Rôtisserie St-Hubert
Rôtisserie St-Hubert is ideal for happy hour drinks, watching the game with friends, or an evening out without the kids. They serve authentic and local cuisine, prepared by their master roasters. You will find them at 2484 St Joseph Boulevard or by calling (613) 824-3267

St. Martha’s Brasserie
St. Martha’s goal is to provide you with a dining experience that not only nourishes the body but feeds the soul while conjuring up emotions of home cooking, comfort food and a sense of belonging to family, friends & community. You can find them located at 3095 St Joseph Boulevard #305 in Orléans or contact them by phone at (613) 424-9199

Soul Stone
The lovely family at Soul Stone offers Japanese, Thai and Chinese. Try some of their signature dishes by ordering online or by visiting them at 2701 St Joseph Boulevard. They can also be reached at (613) 837-1668

Subway
Looking for a quick lunch? An alternative to traditional fast food, Subway offers freshly cut veggies, toppings, protein and freshly-baked bread to create the perfect meal with freshly baked cookies all at a great value! You can find them at 240 Centrum Boulevard or give them a call at (613) 830-6119

Taproom260
Taproom260 is a modern Gastropub located at 260 Centrum Boulevard complete with 24 taps featuring local craft favourites, domestic and international brews. They serve a little of everything from wicked wings to flatbreads to roti and baked crock pies. They have something for everyone. Give them a call at (613) 424-2260.

T Basil
T’ Basil offers both Thai and Vietnamese dishes and also serve breakfast! Some of the most popular dishes include the Basil Noodle, Panang Curry, and Green Papaya Salad. You will find them at 2440 St-Joseph Boulevard in Orléans or by calling (613) 830-1230

Check out their cool menu and their daily specials for a delicious meal at any time!

The Dough Bros
Owned by three long-time Orléans residents, Kayla Ghazarian, Tony Hanna, and Raphael Ghazarian, The Dough Bros was born from a feeling that pizza needs to return to its roots. Hanna states, “We wanted to get back to a 70s and 80s style of pizza. Fresh ingredients, yellow dough, the best cheese with a just-right crust. You can order pizza and their delicious dough babies by visiting their website and pick them up at 250 Centrum Boulevard. You can also reach them by phone at (613) 834-2002.

The Garlic King
The Garlic King prepares some of the healthiest freshest food just like your Lebanese grandmother would cook for you. They cater to all of your shawarma needs, with chicken, beef, falafel, and donair. Grab a pita or try it folded over and toasted, the famous Garlic King way. They even have a dedicated gluten-friendly menu to make sure that there is something for everyone. They care located at 2586 St Joseph Boulevard in Orléans and can be reached at (613) 830-5464

The Royal Oak
The Royal Oak Orléans can be found at 1981 St Joseph Boulevard or by calling (613) 834-9005. They are locally owned and very community focused folks offering awesome pub fare and craft beer. Be sure the check out their menu!

Toppers Pizza Orléans
Toppers Pizza is located at 5947 Jeanne D’Arc Boulevard South and can be reached at 1 866-454-6644. Looking for pizza or a handheld? This is your spot!

Tyros Shawarma and Donair
Tyros Shawarma and Donair first opened in 1995, then called Kiki’s, is a family owned Lebanese fast food restaurant. Their fresh ingredients and authentic recipes make their shawarma’s taste especially savoury and flavourful. They are located at 5929 Jeanne D’Arc Blvd South and can be reached at (613) 841-8444

Wendy’s
At Wendy’s they’re all about serving up fresh food, even if it means going the extra mile. When you walk through the doors, they make everyone feel at home because their family extends through your community. You can find them at 1170 Place D’Orleans Drive.

Willie’s Chinese Food
Willie’s Chinese Food Take Out and Delivery is a family run Chinese takeout & delivery restaurant operating for over 50 years in Orleans! They specialize in Cantonese and Szechuan cuisine. Give them a try at 2908 St Joseph Boulevard or by calling Line 1 (Main) : 613-824-1240 Line 2 : 613-824-9589